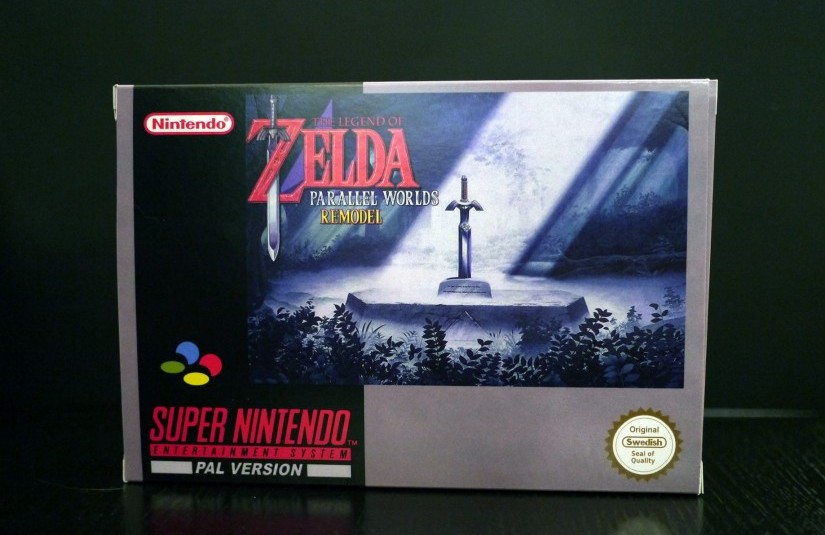 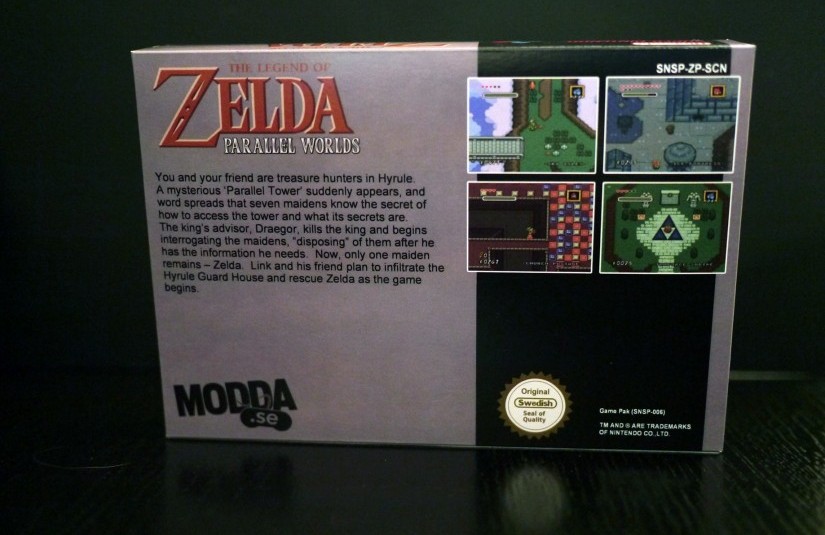 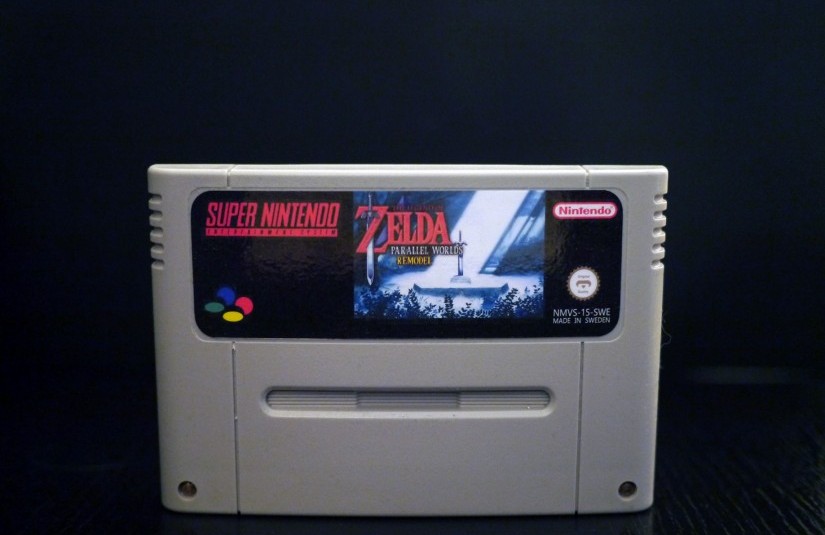 The Legend of Zelda: Parallel Worlds is a fan overhaul of The Legend of Zelda: A Link to the Past using new graphics, new music, a new overworld and underworld, and a new storyline. This is a conversion which lowers the difficulty and minimize the backtracking. You moved here from another land with a friend to find treasure. Not long after your arrival, a lot of strange occurrences started. Seven people "appeared out of nowhere" and beings questioning about the Parallel Tower and the inhabitants of Kakariko Village. The Parallel Tower was situated in the Sky Islands northeast of the village. The legend behind the Parallel Tower was long lost, and only the elders knew the legend. Word begins to spread out about the Parallel Tower, and people started to learn about the legend again. The legend says it was a by product of a war long ago and a power, known as the Triforce, existed at the top of it. It is said that nobody knows about the clues as to how to get to the top of the Tower. The seven people are said to know about these "clues" to the Tower. The king was notified of these seven people and he invited them to the castle to find out what they wanted with the tower. Just the night before the seven people are to have an audience with the king, the king's assistant, Draegor, eliminates the king and claims the throne by default. The seven people walked right into an obvious trap. Draegor, who people believe is a power hungry person, caught all 7 people and forces them to tell him what they know about the Tower. When the people learned of the king's fate, a rebel force is gathered in secret to plot against Draegor. The rebel force learned that 2 out of 7 people whom Draegor caught are still alive and imprisoned in the guardhouse. They quickly rallied anyone who may be interested in the Tower and the locals to help these last 2 people. You and your friend heard about this plan and are willing help the rebels against Draegor. The night of the operation begins the story...