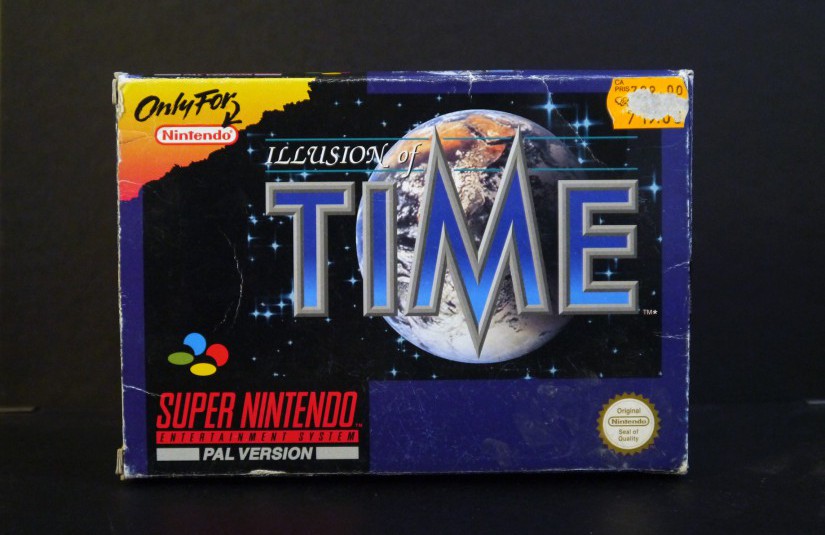 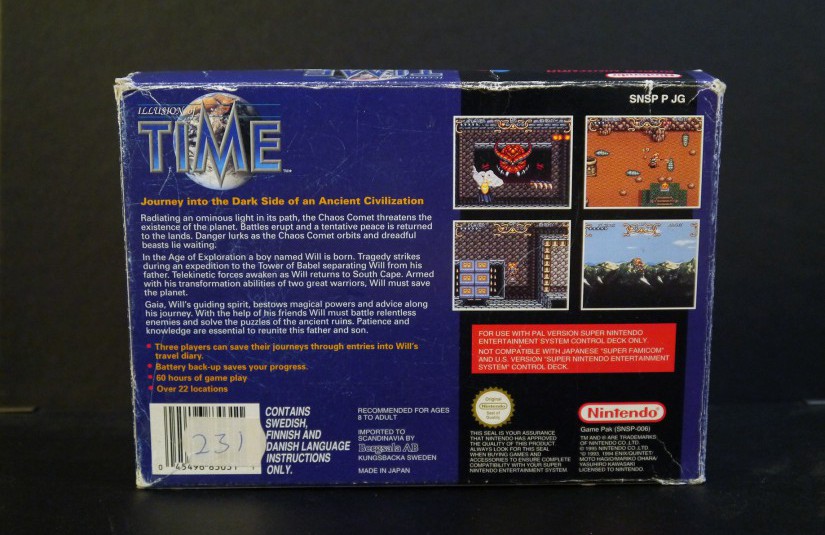 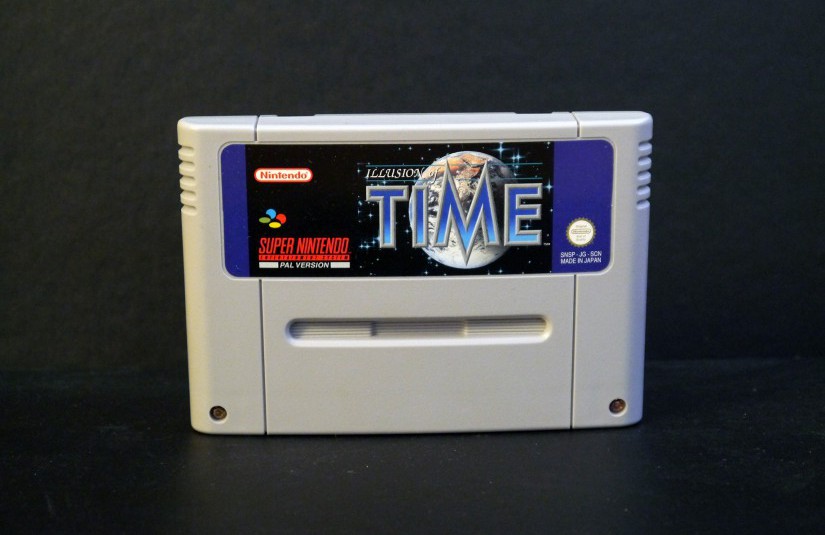 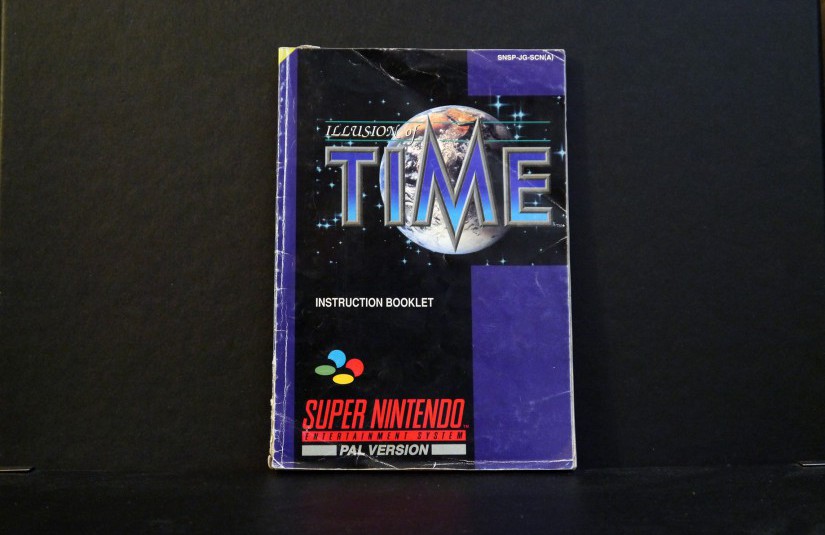 European version for Illusion of Gaia. Radiating an ominous light in its path, the Chaos Comet threatens the existence of the planet. Battles erupt and a tentative peace is returned to the lands. Danger lurks as the Chaos Comet orbits and dreadful beasts lie awaiting. In the Age of Exploration a boy named Will is born. Tragedy strikes during an expedition to the Tower of Babel separating Will from his father. Telekinetic forces awaken as Will returns to South Cape. Armed with his transformation abilities of two great warriors, Will must save the planet. Gaia, Will's guiding spirit bestows magical powers and advice along his journey. With the help of his friends Will must battle relentless enemies and solve the puzzles of the ancient ruins. Patience and knowledge are essential to reunite this father and son.