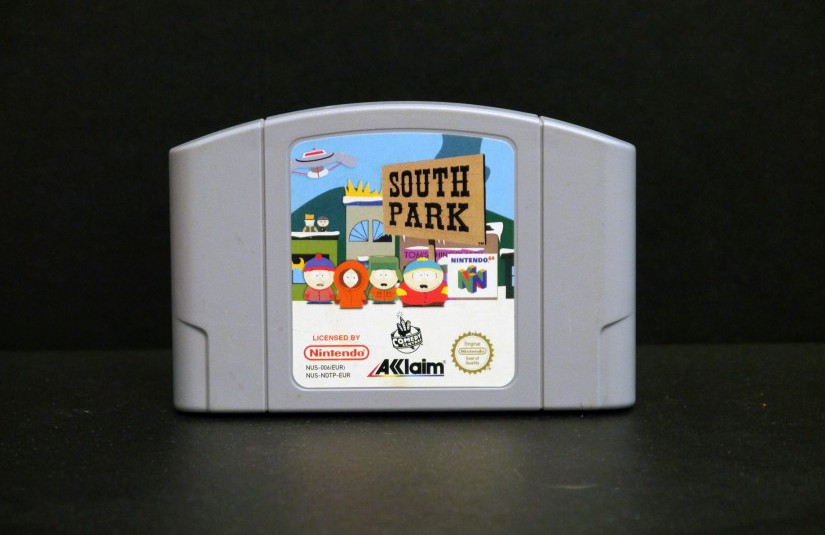 Single player takes the form of a "Story" mode divided into five episodes and fifteen linear levels. The player will face weak minions (which change based on the episode), plus occasional sub-bosses which will try to escape into town. The final level is devoted to a unique boss fight. Players use quirky weapons ranging from infinite yellow snowballs to cow launchers and toxic Terrance and Phillip dolls. Every weapon has a secondary fire, and players switch between the four main characters when they switch weapons - each of the four kids shares a single life bar because of this. The kids will comment on game actions as they occur, with heavier profanity censored with bleeps. The kids will get angrier (and fouler) as their health depletes, until they finally give up on saving the town and go home.