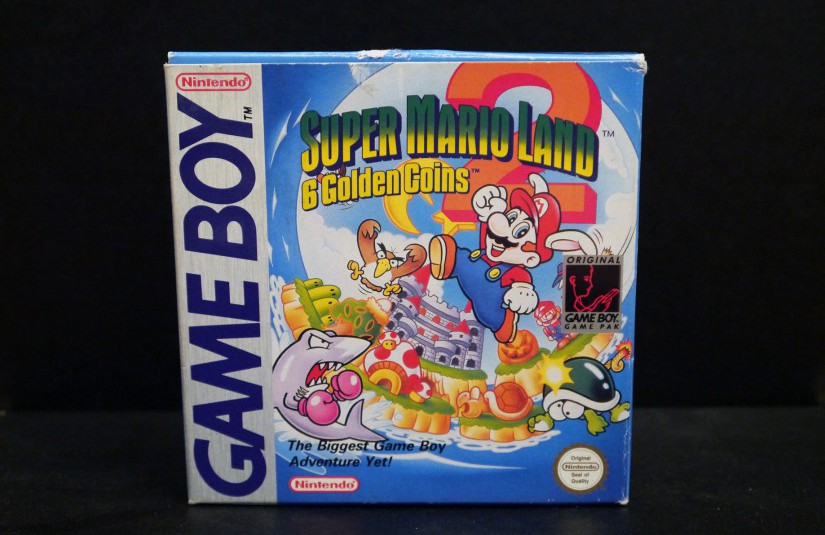 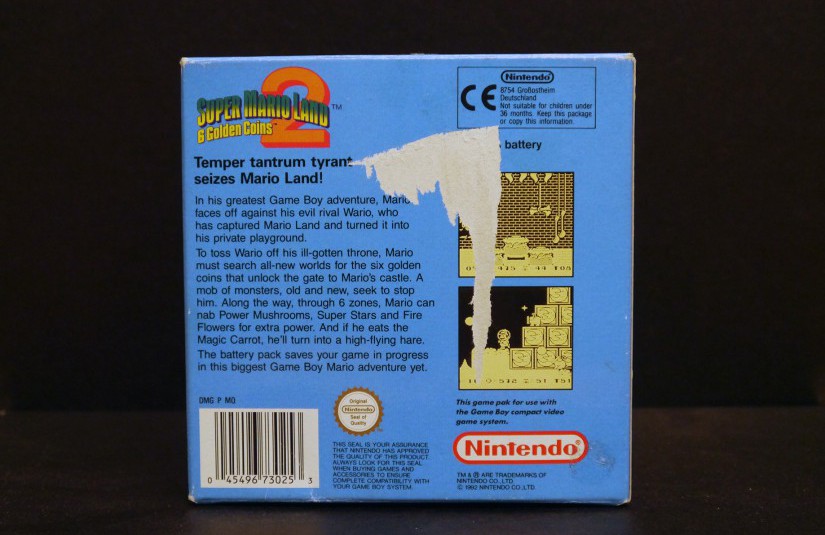 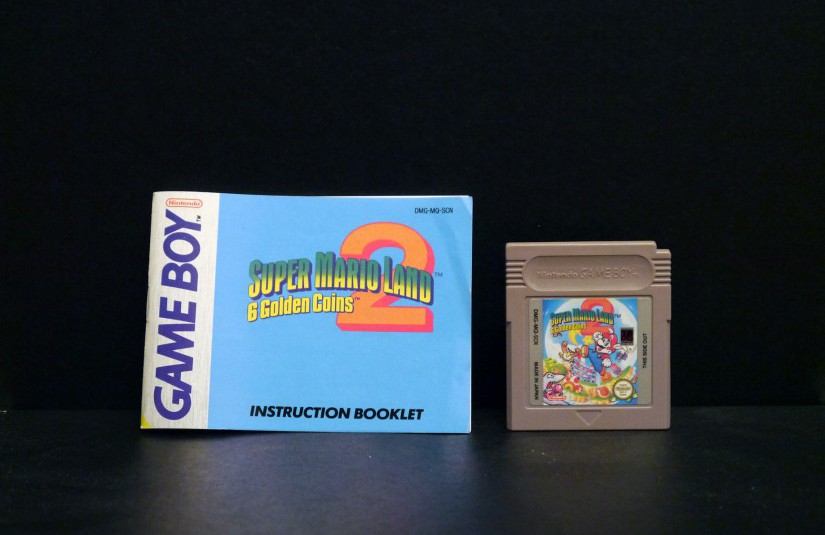 In his greatest Game Boy adventure, Mario faces off against his evil rival Wario, who has captured Mario Land and turned it into his private playground. To toss Wario off his ill-gotten throne, Mario must search all-new worlds for the six golden coins that unlock the gate to Mario's castle. A mob of monsters, old and new, seek to stop him. Along the way, through 6 zones, Mario can nab Power Mushrooms, Super Stars and Fire Flowers for extra power. And if he eats the Magic Carrot, he'll turn into a high-flying hare. The battery pack saves your game in progress in this biggest Game Boy Mario adventure yet.